The pilot will be conducted at the utility’s Arlington Microgrid site.

Doosan GridTech will integrate two V2G chargers within its distributed energy resource management system, which the company provided for the management of the microgrid.

The Arlington Microgrid will focus on disaster recovery and grid resiliency. The solar + storage system is designed and sized to provide power to SnoPUD’s Arlington Community Office during an outage. When the microgrid isn’t acting like a giant solar-powered emergency generator, it will recover some of its costs by providing renewable energy integration and grid support through Doosan’s DERMS platform.

Since the self-contained Arlington Microgrid is required to be connected to the broad grid network during normal operations, the DERMS platform will also be updated to control and dispatch the microgrid’s energy storage system, as well as the electric vehicle charging stations.

Doosan will also partner with Awesense, a Canadian software company, by integrating their digital energy platform with the DERO control management system to enable more granular insight into the distributed energy resources, V2G devices and other assets involved in the project.

The goal is to provide DERO and SnoPUD users with accurate, real-time data and analytics to aid their decision-making and scale the technology.

John Haarlow, SnoPUD’s CEO/general manager, said: “Snohomish PUD has been collaborating with Doosan on smart grid enhancements since 2012 when we worked with them to design their pioneering distributed energy resource management system.

“We see this as an important step in our ‘utility of the future’ vision and for SnoPUD to be one of the premier utilities in the country. We are excited to help our customers maximize the value of owning an electric vehicle, as well as being able to leverage other distributed energy resources as they are brought on to our system.”

Why innovation is key for the energy transition

What if the pandemic accelerated the green transition?

Drought, flood and fire: planning for a changing climate 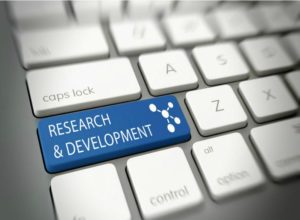